Algae oil production looks to be the next great biofuel on the horizon.

The hardest part of developing your career is trying to predict the future of your industry. I’ve had so many clients over the years that thought they were in big stable companies, only to fall prey to consolidating industries and rolling layoffs.

Staying on top of your industry, skills and paying attention to the trends that become standard is essential for the long game.

Don’t get caught unaware of a new world that doesn’t need you.

How Algae Could Change the Fossil Fuel Industry

Algae is one of the most powerful sources of energy we have access to on Earth. This is how it could revolutionize sustainable energy. Make sure to follow Focal Point for the best science stories. (via Focal Point)

This is the dried algae product after we dry it we’ve grinded up into powder and then we extract the oil out of it, that oil is then refined into diesel fuel or jet fuel fuel.

The fuel that we’re producing it’s exactly seen in terms of performance as gasoline or diesel or jet just a lot cleaner. I think the big difference is that all the other bio fuels, you’re growing it, you’re just getting biofuel. In this case every gallon bio fuel you get ten pounds of food with it.

Dave Hazlebeck, the CEO and founder of Global Algae Innovations, a San Diego based company growing algae on a farm in Hawaii, which he thinks it could change the landscape of food and oil production.

There are studies that show with algae grown, you replace a large percentage of the animal feed — you could actually solve global warming to a large extent. Simply by doing that; the second thing is the leading cause of global water impairment is runoff from agriculture. When we grow algae there’s no run off. All the nutrients are captured in the algae.

The leading cause of deforestation is for food production. With algae producing forty times more per acre that means you plant a thousand acres of algae that’s forty thousand acres of crops that don’t need to be planted.

But the work here we’re doing it is extremely important. 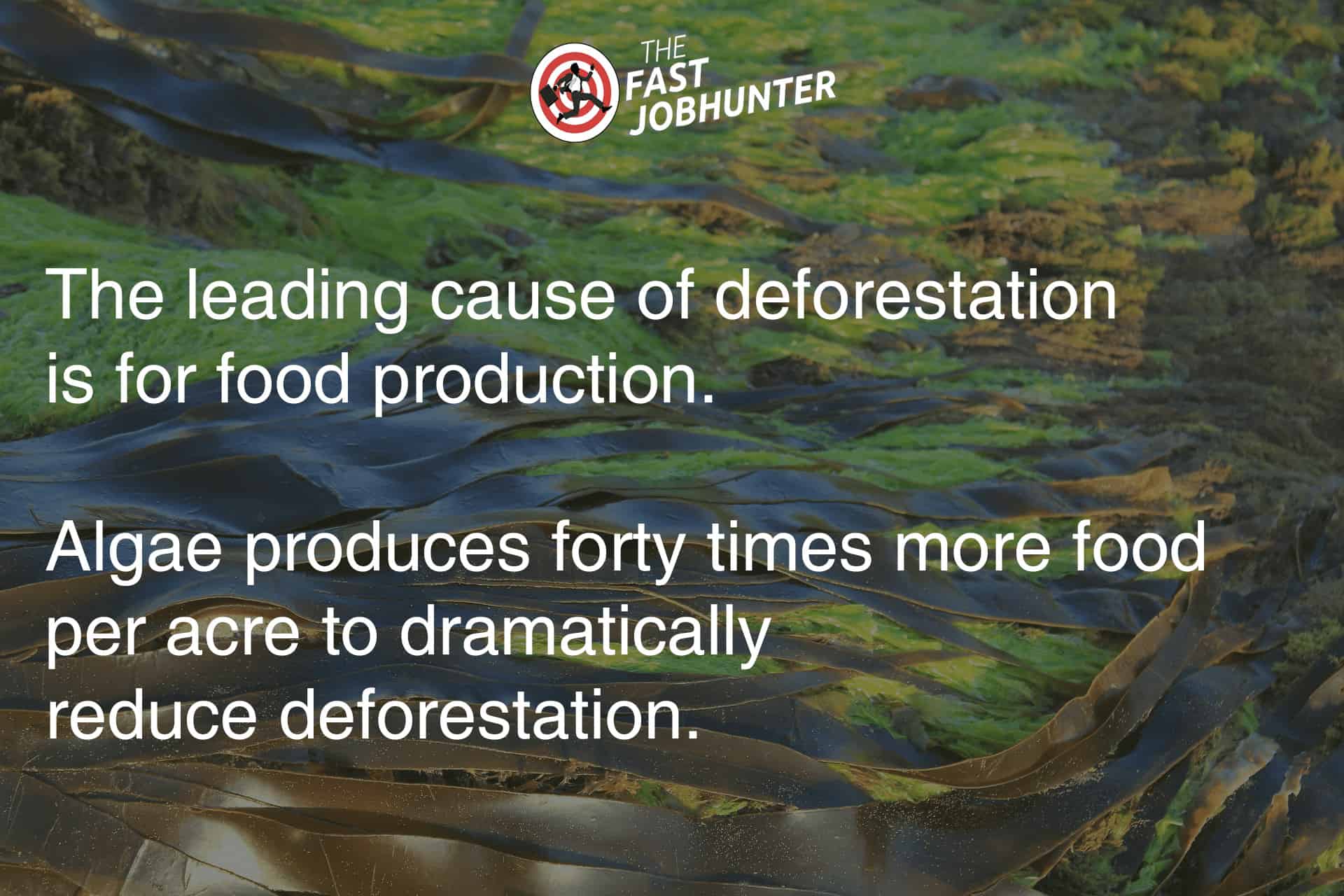 That’s why I decided to start this company, so that it could happen quickly, because it’s too important for the world not to have it.

So we’re standing right now, and one of the larger algae raceways. This is about a two acre raceway, but these raceways can be scaled a much larger. We look at making individual raceways up to two hundred acres. And this is next to a power plant that’s unique because that allows us to capture carbon dioxide and avoid that discharge and reuse it; that prevents it from going into the atmosphere and causing global warming.

If every power plant had algae farm next to it, it could potentially solve the global warming issue entirely.

In simple terms — algae is very easy to grow and it’s able to flourish just about anywhere, whether it be fresh water, seawater or brackish water.

All it really needs is a good supply of carbon dioxide and plenty of sunshine. And while the location of global algae innovations in Hawaii make sense, Hazlebeck’s team has come across some obstacles trying to scale the process up.

You can see with all these tremendous benefits, you know, why aren’t we doing it now, and why hasn’t done?

The problems associated with large scale production, has put similar companies out of business. But the approach of Global Algae Innovations is different. Instead of seeing a roadblock, Hazlebeck and his team saw the potential to innovate solutions.

Our approach was different, in that we looked at every single step, developed a model, look at the costs, and the other thing is, we didn’t give up on any critical issue. So a gallon of oil when we started would have been about thirty dollars a gallon.

Now, with the innovations we’ve made over the last few years, were down in the range of two to three dollars a gallon — as a projected cost.

Now we’re not there yet from the standpoint of production, but depending on how fast we can get to scale, we could potentially have solutions within the next few years.

Changing The Green Industry and Changing the World

And that’s really exciting, we’ll change the geopolitics of the world. A lot of the reasons we have wars is because of fights over resources. By creating a more equitable distribution to countries being able to make their own, it should lead to a more stable and peaceful world.

Algae biofuel could potentially be used in engines that we already have, and there would be no additional infrastructure needed, as it would be available at your local gas station.

As we develop technology, we plan to partner with lots of people. So having to expand in other areas — we’re not trying to be a company doing this, because we’re in it because of the impact. I was talk with our team, what they’re doing is going to change the entire world in the sense of both the protein and the oil production, because both are desperately need.

Juan is a mission-driven professional and meditation coach that focuses on human development as the path for both internal joy and external success.